Bedbugs are characterized by making colonies in many areas. When infestations go from mild to moderate, colonies can be seen on the ceiling.

The ceiling isn’t the preferred hiding place for bedbugs. However, when the infestation is moderate or severe, it is possible to find bed bugs on the ceilings, as well as droppings and shed skin.

Pics of bed bugs on the ceiling

In large infestations, it’s possible to see black dots that correspond to the fecal matter of bedbugs. You can also see spots of different types from the stool.

Here we present a gallery of images of bedbugs on the ceiling that will serve to identify a possible infestation. The first image corresponds to a severe infestation. The colonies can be clearly seen. Also, you can see the spots of feces. 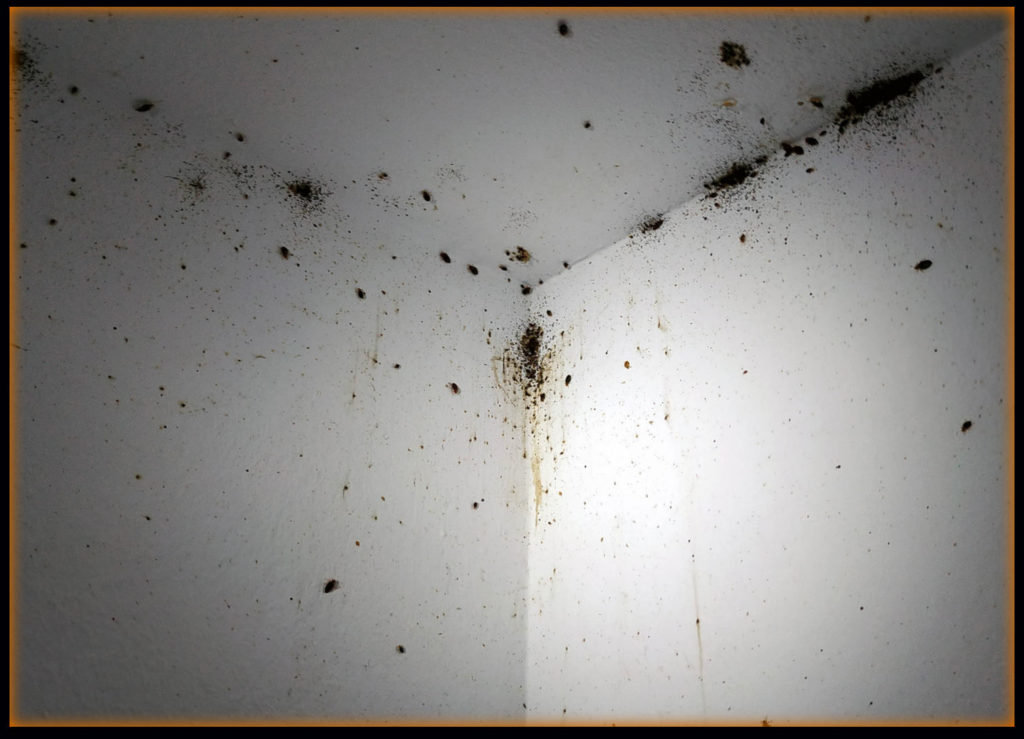 In the second image, we can see colonies a little smaller but in large numbers. In this case, it is possible to see that the colonies have also been lodged in the corner of the wall. You can clearly see the stains produced by the stool. It even shows that they have tried to clean without success. 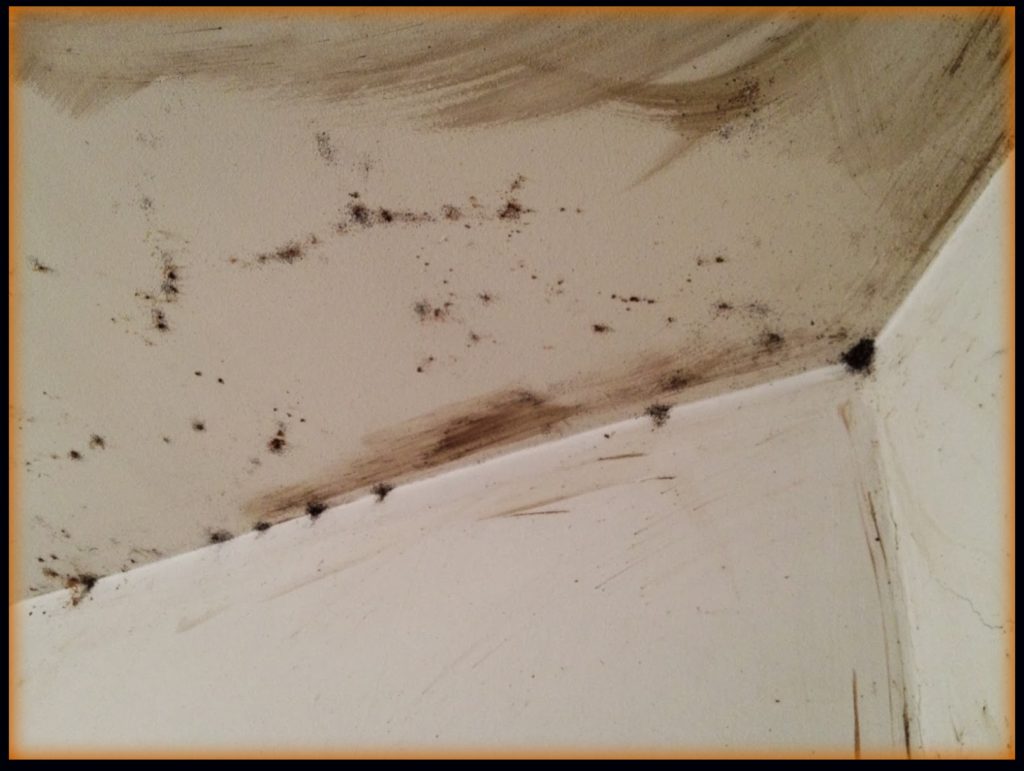 Remember that bedbugs are a really nasty pest. It is necessary to take measures to avoid infestations. In the following image, we can see a small colony that is beginning to migrate to the roof. It is time to take urgent action and prevent the plague from spreading. 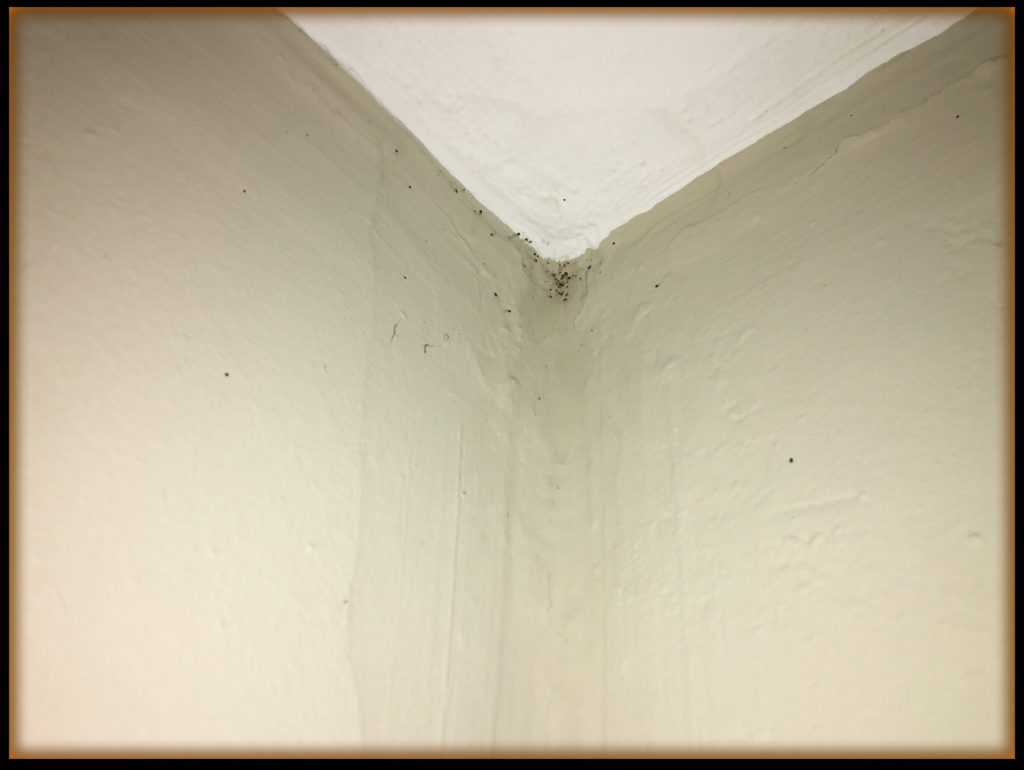 Sites affected by bedbugs have a characteristic, very unpleasant sweetish odor. The humidity of the site can aggravate the problem. Not only living bedbugs are responsible for the odour, but also the nymphs, droppings and skins left behind after molting, in whose glands the pheromone compounds are still retained and slowly released.

In the following image, you can also see how a colony has migrated to the roof and is already starting to grow.

The nests or colonies are made up not only of adult forms, nymphs and eggs, but also of droppings and shells of molted skins. Several studies have found that a single pregnant bedbug is enough to create a new infestation, as it can quickly produce entire generations of offspring.

So far we have presented 4 excellent images that contain photos of bedbugs on the ceiling. The following image also corresponds to a serious infestation. Although the image is small, you can see several colonies. The colonies are made up of male and female bedbugs at different stages. In addition, you can see the tarry stains, typical of digested blood. 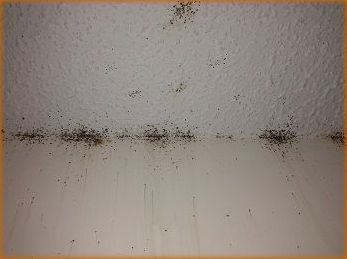 In our last image, it is also possible to see how bedbugs have migrated to the ceiling and have made a colony in the corner of the walls and ceiling. 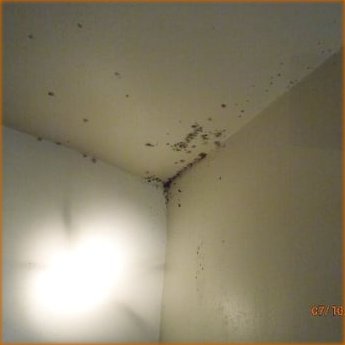